MEMOIRS OF THE EXTRAORDINARY MILITARY CAREER 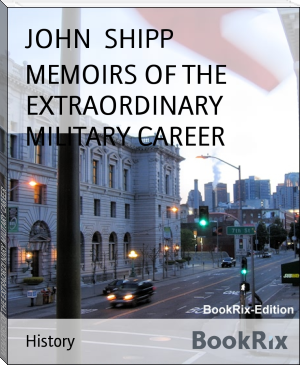 John Shipp (March 1784 – 1834) was a British soldier and author best known for his memoirs which were popular and ran to at least four editions.[1] Shipp began his military career as a drummer boy at the age of ten and twice won commissions from the ranks due to his ability and conduct; he had to sell his first commission due to a lack of funds. He attained the rank of Lieutenant in the 87th Regiment.

The Times reviewed the third edition of Shipp's memoir in 1890 where the work was listed as one of the "Books Of The Week". The reviewer states that "for a man of little more than 30 to have twice won his commission from the ranks was...an achievement unique in the annals of the British army".[2]Shipp, younger son of Thomas Shipp, a marine, and his wife Lætitia, was born in Saxmundham, and was enchanted by the military from an early age. His mother died in poor circumstances in 1789, his elder brother was lost at sea, and John became an inmate of the parish poorhouse; he was apprenticed by the overseers to a neighbouring farmer, who repeatedly beat him and from whom he was glad to escape by enlistment as a boy in the 22nd (Cheshire) Regiment of Foot, at Colchester, on 17 January 1797. [3]