THE ELEMENTS OF DRAWING IN THREE LETTERS TO BEGINNERS 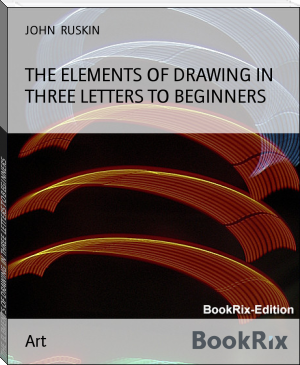 John Ruskin (8 February 1819 – 20 January 1900) was the leading English art critic of the Victorian era, also an art patron, draughtsman, watercolourist, a prominent social thinker and philanthropist. He wrote on subjects ranging from geology to architecture, myth to ornithology, literature to education, and botany to political economy. His writing styles and literary forms were equally varied. Ruskin penned essays and treatises, poetry and lectures, travel guides and manuals, letters and even a fairy tale. The elaborate style that characterised his earliest writing on art was later superseded by a preference for plainer language designed to communicate his ideas more effectively. In all of his writing, he emphasised the connections between nature, art and society. He also made detailed sketches and paintings of rocks, plants, birds, landscapes, and architectural structures and ornamentation.