Short Studies in Ethics An Elementary Text-Book for Schools 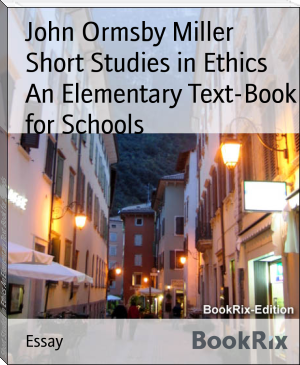 John Miller (born March 10, 1968 in Toronto, Ontario) is a Canadian writer and consultant. He has published two novels to date,[1] and his second novel won the Martin and Beatrice Fischer Award for Fiction from the Canadian Jewish Book Awards in 2008.[2] In the same year, he also won an Honour of Distinction from the Dayne Ogilvie Grant, a Canadian award for openly lesbian, gay, bisexual or transgender writers.

This is somewhat true, my kitten at 3 AM meows repetively we have to wake up and play with him.