A Brief History of the English Language and Literature, Vol 2 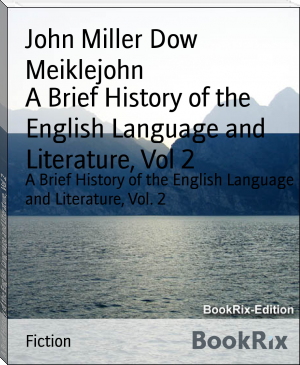 Born in Edinburgh on 11 July 1836, he was son of John Meiklejohn, an Edinburgh schoolmaster, and was educated at his father's private school, 7 St. Anthony Place, Port Hopetoun. He graduated M.A. at Edinburgh University on 21 April 1858, when he was the gold medallist in Latin. At an early age he devoted himself to German philosophy, and Meiklejohn became a private schoolmaster, first in the Lake district and then in Orme Square and York Place, London.