THE LIFE OF GEORGE WASHINGTON, VOLUME I

COMMANDER IN CHIEF OF THE AMERICAN FORCES, DURING THE WAR WHICH ESTABLISHED THE INDEPENDENCE OF HIS COUNTRY Von: JOHN MARSHALL 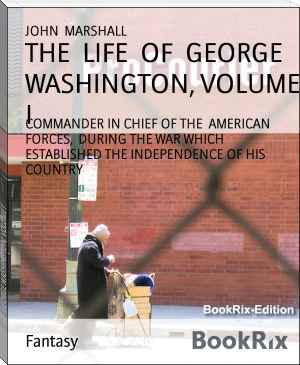 The longest-serving Chief Justice and the fourth longest-serving justice in U.S. Supreme Court history, Marshall dominated the Court for over three decades and played a significant role in the development of the American legal system. Most notably, he reinforced the principle that federal courts are obligated to exercise judicial review, by disregarding purported laws if they violate the constitution. Thus, Marshall cemented the position of the American judiciary as an independent and influential branch of government.[citation needed]Furthermore, Marshall's court made several important decisions relating to federalism, affecting the balance of power between the federal government and the states during the early years of the republic. In particular, he repeatedly confirmed the supremacy of federal law over state law, and supported an expansive reading of the enumerated powers.

Some of his decisions were unpopular. Nevertheless, Marshall built up the third branch of the federal government, and augmented federal power in the name of the Constitution, and the rule of law.[3] Marshall, along with Daniel Webster (who argued some of the cases), was the leading Federalist of the day, pursuing Federalist Party approaches to build a stronger federal government over the opposition of the Jeffersonian Republicans, who wanted stronger state governments.