The Genial Idiot His Views and Reviews 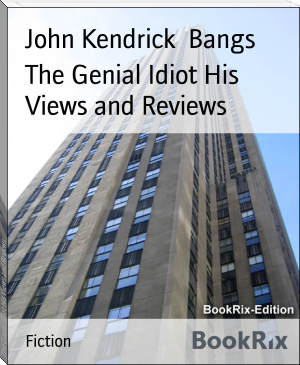 He was born in Yonkers, New York. His father Francis Nehemiah Bangs was a lawyer in New York City, as was his brother, Francis S. Bangs.[1]

He went to Columbia University from 1880 to 1883 where he became editor of Columbia's literary magazine and contributed short anonymous pieces to humor magazines. After graduation in 1883, Bangs entered Columbia Law School but left in 1884 to become Associate Editor of Life under Edward S. Martin. Bangs contributed many articles and poems to the magazine between 1884 and 1888. During this period, Bangs published his first books.