A Short Life Of Abraham Lincoln 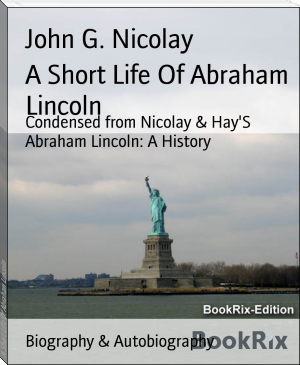 John George Nicolay (February 26, 1832 – September 26, 1901) was a German-born American biographer, secretary of US President Abraham Lincoln and member of the German branch of the Nicolay family.
He was born Johann Georg Nicolay in Essingen, Rhenish Bavaria. In 1838, he immigrated to the United States with his father and attended school in Cincinnati. He later moved to Illinois, where he edited the Pike County Free Press at Pittsfield, and became a political power in the state.