The River And I 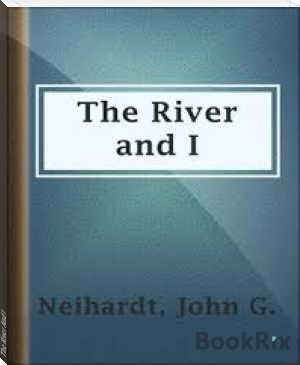 John Gneisenau Neihardt (January 8, 1881 – November 24, 1973) was an American author of poetry and prose, an amateur historian and ethnographer, and a philosopher of the Great Plains. Born at the end of the American settlement of the Plains, he became interested in the experiences of those who had been a part of the European-American migration, as well as American Indians whom they had displaced. He traveled down the Missouri River by open boat, visited with old trappers, became familiar with leaders in a number of Indian communities, and did extensive research throughout the Plains and Rocky Mountains.

Neihardt wrote to preserve and express elements of the pioneer past in books that range across a broad variety of genres, from travelogues to epic poetry. In 1921 the Nebraska Legislature elected Neihardt as the state's poet laureate, a title he held for fifty-two years until his death.

His most well-known work is Black Elk Speaks (1932), an extended narration of the visions of the Lakota medicine man Black Elk. It was translated into German as Ich Rufe mein Volk (I Call My People) (1953). In the United States, the book was reprinted in 1961, at the beginning of an increase in interest in Native American culture. Its continuing popularity has supported four other editions. In 2008 it was published as a premier edition with annotations.