The Works Of John Dryden, Volume Xvi. (Of 18) The Life Of St. Francis Xavier 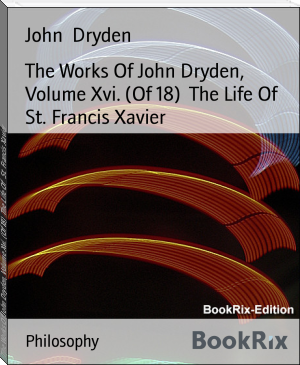 Born in Northamptonshire, England, on August 9, 1631, John Dryden came from a landowning family with connections to Parliament and the Church of England. He studied as a King’s Scholar at the prestigious Westminster School of London, where he later sent two of his own children. There, Dryden was trained in the art of rhetorical argument, which remained a strong influence on the poet’s writing and critical thought throughout his life.

Dryden published his first poem in 1649. He enrolled at Trinity College in Cambridge the following year, where he likely studied the classics, rhetoric, and mathematics. He obtained his BA in 1654, graduating first in his class. In June of that year, Dryden’s father died.