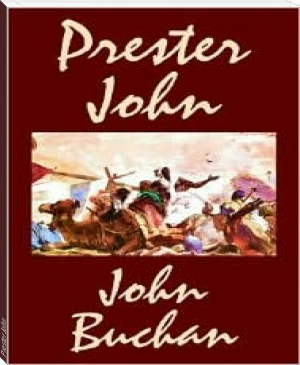 Prester John is an adventure novel by John Buchan. It tells the story of a young Scotsman named David Crawfurd and his adventures in South Africa, where a Zulu uprising is tied to the medieval legend of Prester John. Crawfurd is similar in many ways to Buchan's later character, Richard Hannay.

The legends of Prester John were popular in Europe from the 12th through the 17th centuries, and told of a Christian patriarch and king said to rule over a Christian nation lost amidst the Muslims and pagans in the Orient. Written accounts of this kingdom are variegated collections of medieval popular fantasy. Prester John was reportedly a descendant of one of the Three Magi, said to be a generous ruler and a virtuous man, presiding over a realm full of riches and strange creatures, in which the Patriarch of the Saint Thomas Christians resided. His kingdom contained such marvels as the Gates of Alexander and the Fountain of Youth, and even bordered the Earthly Paradise. Among his treasures was a mirror through which every province could be seen, the fabled original from which the "speculum literature" of the late Middle Ages and Renaissance was derived, in which the prince's realms were surveyed and his duties laid out.