ON THE INDIAN SECT OF THE JAINAS 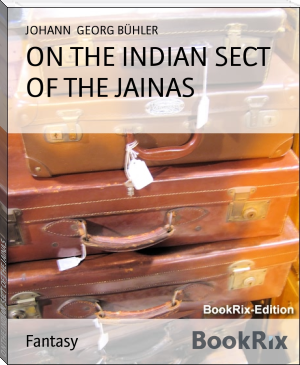 Bühler was born to Rev. Johann G. Bühler in Borstel, Hanover, attended high school in Hanover where he mastered Greek and Latin, then university as a student of theology and philosophy at Göttingen, where he studied classical philology, Sanskrit, Zend, Persian, Armenian, and Arabic. In 1858 he received his doctorate in eastern languages and archaeology; his thesis explored the suffix -tês in Greek grammar. That same year he went to Paris to study Sanskrit manuscripts, and in 1859 onwards to London where he remained until October 1862.