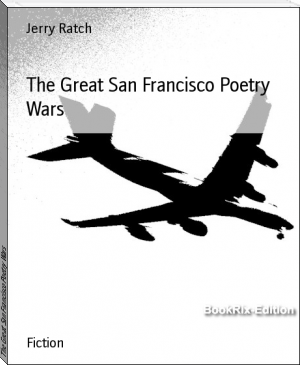 They drove out of the Midwest in a Pepsi van to find salvation, and became embroiled in pitched battles over the Helen of the Poetry World in the San Francisco Bay Area.

After nearly being fired from a teaching job in the Midwest, Philip Janov drives back out to California in a red, white, and blue Pepsi van with an unruly band of young student poets, only to find themselves embroiled in the thick of the Poetry Wars of San Francisco. When he falls in love with Penny, the Helen of the Poetry World, he finds himself in direct competition with Von Rotten, the tight-assed head of the Foul Language Movement of Poetry, leading to the most bewildering stand-off between two communes ever experienced by any bunch of rational, clear-headed hippies, resulting in a second road trip north toward Canada to escape the draft, the war in Viet Nam, and the brutal reign of King Richard Nixon.

it's a good love story I have voted fir it gladly it's honestly writen and very interesting concerning american culture.
my book in the contest is called "Zoon Poetikon". take a look and maybe zou like it. thanx and good luck!