Can you resist the Bad Boy's affection? Von: Jennifer Trevino 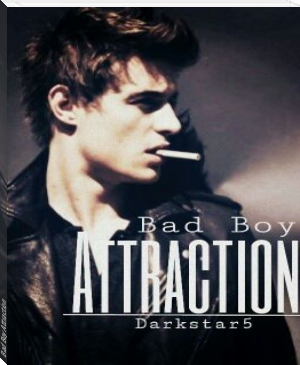 Natalie has had a rough past that involved her first love, who has left her behind to suffer with the memories they had together. Because of this she has put a steel shield on her heart, and has avoided the topic of love altogether. Which isn't a big surprise as to why she is dense toward the terrifying delinquent's feelings, not only is she scared of him but wants nothing to do with him. But just how long will she ignore the attraction between them, and ignore the bad boy's heart?
John is handsome, strong, and has everything on the palm of his hand. The men fear him because of his dark background and his notorious bad past, while the woman fawn over him because of his dashing looks. Yet the silent, gentle beauty at school doesn't so much as glance at him, in fact she is plainly terrified of him. It turns out his first love has to be with a girl who doesn't want it, and this irks him since she doesn't succumb so easily like the others. Seems he has a tough opponent, and he will rest at nothing to obtain her.
A cliche story about a bad boy falling for the nice girl, except it has a sort of twist that will leave you conflicted by their stubbornness and dreadful past.

Will u finich it? It is really good and I wanna know what happens next.....

is this book finished

omg plzzz write more, if you are can you tell me when?

Sure its just that I've been so busy on other books :)

k thanks a lot

omg please, please , please! finish this book is amazing I love it and please message me if you update it, its really really good :)

Oh thank you very much xD And sure thing