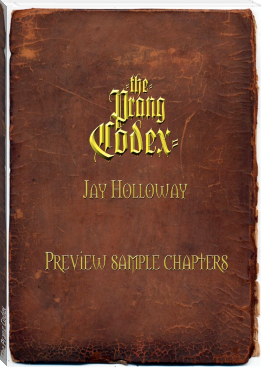 A preview and extracts from The Prang Codex, an episodic collection of tales set loosely in the mid twelfth century, in the last remaining independent Saxon monarchy in Norman England, due to a nifty legal loophole and an ancient Norman Conquest Charter.
A set of chronicles in which the King suffers visits from the two mincing actors, Short and Curly: Lorenz Lawne-Bowlyngge, the flamboyant interior designer: Dr Misaubin, the travelling apothecary and snake-oil man: the misguided owner of a henge-building franchise: a bunch of Notaries from the law firm of Minge Minge Crap-hound Spiv & Minge: Tull, the inventor of the Gardeners Claw: a money-grabbing Water-diviner: an itinerant Tiler: a bunch of homicidal German mercenaries: Joey Pantolooni, the leader of the worst circus on the planet, and many more, and we meet Griswolde Pauncefoote, the worst musician in the world: his brother, the Black Knight: Rijk Van Dyjke, the Flemish ice sculptor: Max Hispano-Suiza, carriage builder and second-hand cart dealer: Leonardo Van Tableaux, the hack tabloid painter: Archer, the longbow-man prepared to commit perjury on the King’s behalf: Dr Placebo-Ganglion, the castle physician: Blacques Jacques à t’Acques, the “French” pirate captain: Robin Hood: The Assassin Astreau-Turphe & Henry II (real King).
Our window into this murky medieval world is through the medium of Prang’s Journal, a scruffy assemblage of parchment sheets loosely bound in a ratty piece of second-hand vellum, that has survived the ravages of the centuries against all odds. Prang’s daily entries however are somewhat economical with the truth to put it mildly, tending to gloss over his faux pas in his dealings with the King and even omitting some of the worst episodes altogether. Fortunately for the sake of history we are able to assemble the true events behind these woefully sketchy diary entries from various recently-discovered contemporary writings which, unfortunately from Prang’s viewpoint, put the record straight.
Here, for the first time together, are extracts from Wizard Prang’s Journal, a chronicler clearly not in the same class as Samuel Pepys, together with the true catastrophic events behind each entry.