The Hammer And The Sword 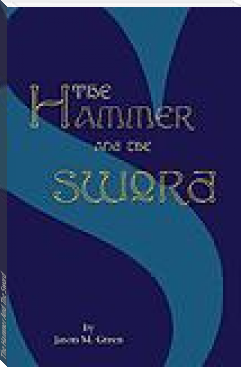 In the city of Malifestron, a young blacksmith named Tannis Vahrin is framed for attempting to murder the wife of King Malifesh, and is made an unwilling pawn in a plot the king’s advisor, a man named Anstrom, first set into motion nearly two decades in the past. After a twist of fate allows him to escape his imprisonment accompanied by a fellow prisoner, a foreigner named Alqim, he meets a mercenary called Krow, who convinces him to help lead an army being raised by the king’s nephew, in exchange for helping him to escape the city. Tannis agrees in the hopes of clearing his name, and takes the first of many steps on the path to becoming a warrior. The three of them face many obstacles, as they recruit people from Krow’s past who might be capable of helping to lead, and they encounter battle and betrayal along the way. Then when they finally reach their destination, Tannis meets one of Anstrom’s former pawns who tells him of his true origins, and he must contend with learning that much of what he believed about his life was a lie. After coping with what he has just learned, Tannis emerges stronger and more determined to lead the army to victory over the oppressive forces gathered by Anstrom.