Ceylon; An Account Of the Island Physical, Historical, And Fiscle (Part-I) 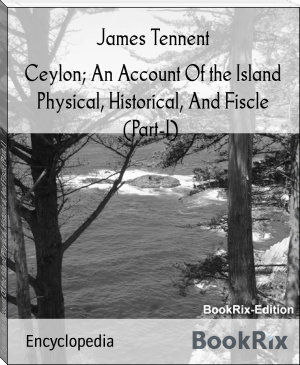 First published in 1859, by Spottiswoode & Co. for Longman, Green, Longman, and Roberts of London Ceylon proved very popular and five editions, variously revised were in published in eight months, the last in 1860. The work is an account of many aspects of the island of Ceylon with chapters on the geology, climate, flora and fauna, history, religion and Buddhism, farming, commerce, the arts, science, Portuguese, Dutch and English influence followed by accounts of elephants, the forest, and ruined cities.