Caricature and Other Comic Art in all Times and many Lands. 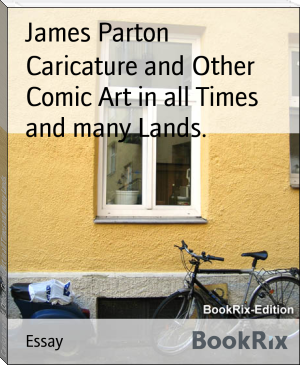 James Parton (February 9, 1822 – October 17, 1891) was an English-born American biographer who wrote books on the lives of Horace Greeley, Aaron Burr, Andrew Jackson, Benjamin Franklin, Thomas Jefferson, and Voltaire.Parton was born in Canterbury, England, in 1822. He was taken to the United States when he was five years old, studied in New York City and White Plains, New York, and was a schoolmaster in Philadelphia and then in New York. He moved to Newburyport, Massachusetts, where he died on October 17, 1891.