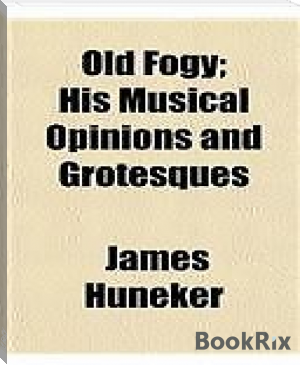 James Gibbons Huneker (January 31, 1857 - February 9, 1921) was an American art, book, music, and theater critic. A colorful individual and an ambitious writer, he was "an American with a great mission," in the words of his friend, the critic Benjamin de Casseres, and that mission was to educate Americans about the best cultural achievements, native and European, of his time.
Huneker was born in Philadelphia. Forced by his parents to study law, he knew that a legal career was not what he wanted; he was passionately interested in music and writing, hoping one day to be a concert pianist and a novelist. At twenty-one, he abandoned his office job and Philadelphia ties and (with his pregnant girlfriend, then wife) left for Paris, telling his parents that he was departing only the night before the ship sailed.[1] On a tight budget supplemented with money his parents sent, he studied piano under Leopold Doutreleau in Paris and audited the piano class of Frédéric Chopin's pupil Georges Mathias. He also began a lifelong immersion in European art and literature and was thrilled to catch sight on his wanderings through the city of Victor Hugo, Ivan Turgenev, Gustave Flaubert, Guy de Maupassant, and Émile Zola as well as Édouard Manet and Edgar Degas. That year abroad changed Huneker's life.