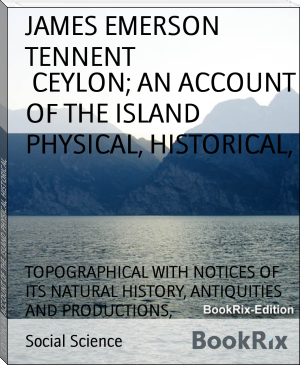 Sir James Emerson Tennent, 1st Baronet FRS (7 April 1804–6 March 1869), born James Emerson, was an Irish politician and traveller. He was elected a Fellow of the Royal Society on 5 June 1862.

The third son of William Emerson, a merchant of Belfast and Sarah daughter of William Arbuthnot of Rockville (or Rockvale), Co Down, he was born there in 1804. He was educated at the Belfast Academy and Trinity College, Dublin, of which he afterwards became LL.D. He took up the cause of Greek independence, and travelled in Greece, publishing a Picture of Greece (1826), Letters from the Aegean (1829), and a History of Modern Greece (1830); and he was called to the English bar at Lincoln's Inn in 1831. In this year he married Letitia, daughter and co-heiress (with her cousin, Robert James Tennent, M.P. for Belfast, 1848–52) of William Tennent, a wealthy merchant at Belfast, who died of cholera in 1832, and he adopted by royal licence the name of his wife in addition to his own.

He entered parliament in 1832 as member for Belfast. In 1841 he became Secretary to the Board of Control, and in 1843 he was presented with a service of plate by the calico printers of Great Britain as an acknowledgment of his getting a bill passed in Parliament for the copyright of calico designs. He was a friend of both Charles Dickens and Dickens's biographer John Forster, and was the dedicatee of Dickens's last completed novel Our Mutual Friend (1865).