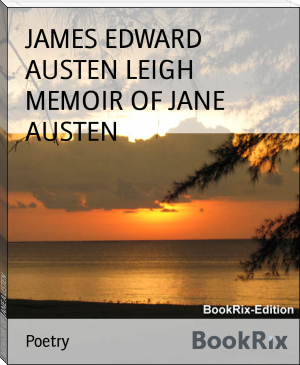 A Memoir of Jane Austen is a biography of the novelist Jane Austen (1775–1817) published in 1869 by her nephew James Edward Austen-Leigh. A second edition was published in 1871 which included previously unpublished Jane Austen writings. A family project, the biography was written by James Edward Austen-Leigh but owed much to the recollections of Jane Austen's many relatives. However, it was the decisions of her close friend and sister, Cassandra Austen, to destroy many of Jane's letters after her death that shaped the material available for the biography.

Austen-Leigh described his "dear Aunt Jane" domestically, as someone who was uninterested in fame and who only wrote in her spare time. However, the manuscripts appended to the second edition suggest that Jane Austen was intensely interested in revising her manuscripts and was perhaps less content than Austen-Leigh described her. The Memoir does not attempt to unreservedly tell the story of Jane Austen's life. Following the Victorian conventions of biography, it kept much private information from the public, but family members disagreed over just how much should be revealed, for example, regarding Austen's romantic relationships.

The Memoir introduced the public to the works of Jane Austen, generating interest in novels which only the literary elite had read up until that point. It remained the primary biographical work on the author for over half a century.