A Compilation of the Messages and Papers of the Presidents: Tyler Section 2 (of 3) of Volume 4: John Tyler 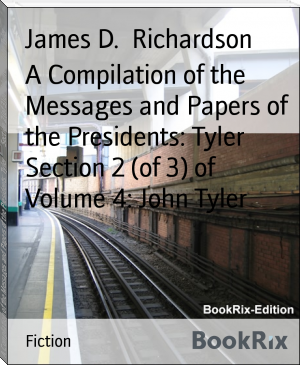 James Daniel Richardson (March 10, 1843 – July 24, 1914) was an American politician and a Democrat from Tennessee for Tennessee's 5th congressional district in the United States House of Representatives from 1885 through 1905.Richardson was born in Rutherford County, Tennessee, son of John Watkins and Augusta M. Starnes Richardson. he attended the country schools and Franklin College, near Nashville. He married Alabama Pippen on January 18, 1865, and they had five children,[1] Annie Augusta, Ida Lee, James Daniel, Allie Sue, and John Watkins.[2]