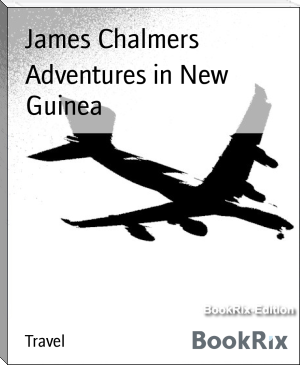 d not for self and pelf in unrighteousness, blood, and falsehood. It is to be hoped that future generations of New Guinea natives will not rise up to condemn her, as the New Zealanders have done, and to claim their ancient rights with tears now unheeded. I can see along the vista of the future, truth and righteousness in Britain's hands, and the inhabitants of New Guinea yet unborn blessing her for her rule; if otherwise, God help the British meanness, for they will rise to pronounce a curse on her for ever!"

In 1883, the Queensland Government did formally annex their huge neighbour; but this act was subsequently repudiated by the Home Government. Towards the end of 1884, it was decided to announce a formal protectorate over a large portion of the southern shores of New Guinea.

The official ceremony took place on Nov. 6th, 1884, at Port Moresby. Five ships of war at once gave dignity to the proceeding by their presence, and astonished the