THE LIFE OF ROBERT LOUIS STEVENSON FOR BOYS AND GIRLS 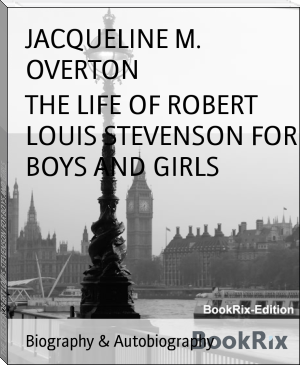 "... For the sake Of these, my kinsmen and my countrymen, Who early and late in the windy ocean toiled To plant a star for seamen."
The pirate, Ralph the Rover, so legend tells, while cruising off the coast of Scotland searching for booty or sport, sank the warning bell on one of the great rocks, to plague the good Abbot of Arbroath who had put it there. The following year the Rover returned and perished himself on the same rock.
In the life of one of Scotland's great men, Robert Louis Stevenson, we find proud record of his grandfather, Robert Stevenson, having built Bell Rock Lighthouse on this same spot years afterward.