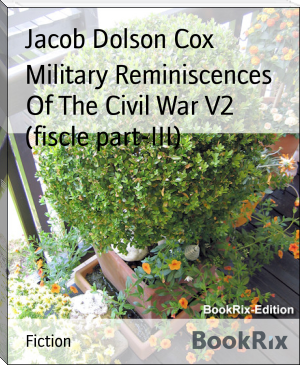 Jacob Dolson Cox, (Jr.) (October 27, 1828 – August 4, 1900) was a lawyer, a Union Army general during the American Civil War, and later a Republican politician from Ohio. He served as the 28th Governor of Ohio and as United States Secretary of the Interior. As Governor of Ohio, Cox sided with President Andrew Johnson's Reconstruction plan and was against African American suffrage.[1] Secretary of Interior Cox implemented civil service reform into the Department of Interior. However, Cox was opposed by Republican Party managers. President Grant and Secretary Cox were at odds over the fraudulent McGarahan Claims and the Dominican Republic annexation treaty.[2] Secretary Cox advocated a lasting, honest, and comprehensive Indian policy legislated by Congress after the Piegan Indian massacre. Cox resigned as Secretary of Interior having been unable to gain Grant's support over the fraudulent McGarrahan claims controversy.