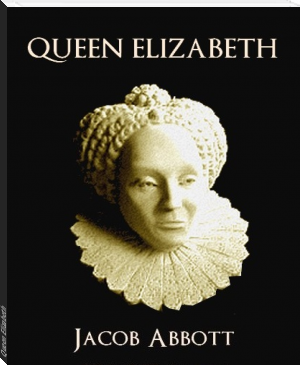 Elizabeth I was queen regnant of England and Ireland from 17 November 1558 until her death. Sometimes called "The Virgin Queen", "Gloriana" or "Good Queen Bess", Elizabeth was the fifth and last monarch of the Tudor dynasty. The daughter of Henry VIII, she was born into the royal succession, but her mother, Anne Boleyn, was executed two and a half years after her birth, with Anne's marriage to Henry VIII being annulled, and Elizabeth hence declared illegitimate. Her half-brother, Edward VI, ruled as king until his death in 1553, whereupon he bequeathed the crown to Lady Jane Grey, cutting his two half-sisters, Elizabeth and the Roman Catholic Mary, out of the succession in spite of statute law to the contrary. His will was set aside, Mary became queen, and Lady Jane Grey was executed. In 1558, Elizabeth succeeded her half-sister, during whose reign she had been imprisoned for nearly a year on suspicion of supporting Protestant rebels.

Elizabeth set out to rule by good counsel, and she depended heavily on a group of trusted advisers led by William Cecil, Baron Burghley. One of her first moves as queen was the establishment of an English Protestant church, of which she became the Supreme Governor. This Elizabethan Religious Settlement later evolved into today's Church of England. It was expected that Elizabeth would marry and produce an heir so as to continue the Tudor line. She never did, however, despite numerous courtships. As she grew older, Elizabeth became famous for her virginity, and a cult grew up around her which was celebrated in the portraits, pageants, and literature of the day.

In government, Elizabeth was more moderate than her father and half-siblings had been. One of her mottoes was "video et taceo" ("I see, and say nothing"). In religion she was relatively tolerant, avoiding systematic persecution. After 1570, when the pope declared her illegitimate and released her subjects from obedience to her, several conspiracies threatened her life. All plots were defeated, however, with the help of her ministers' secret service. Elizabeth was cautious in foreign affairs, moving between the major powers of France and Spain. She only half-heartedly supported a number of ineffective, poorly resourced military campaigns in the Netherlands, France, and Ireland. In the mid-1580s, war with Spain could no longer be avoided, and when Spain finally decided to attempt to conquer England in 1588, the failure of the Spanish Armada associated her with one of the greatest military victories in English history.