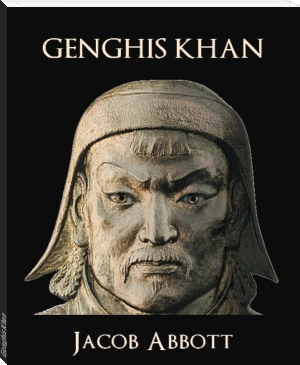 Genghis Khan was the founder and Great Khan (emperor) of the Mongol Empire, which became the largest contiguous empire in history after his demise. He came to power by uniting many of the nomadic tribes of northeast Asia. After founding the Mongol Empire and being proclaimed "Genghis Khan," he started the Mongol invasions that resulted in the conquest of most of Eurasia. These included raids or invasions of the Kara-Khitan Khanate, Caucasus, Khwarezmid Empire, Western Xia and Jin dynasties. These campaigns were often accompanied by wholesale massacres of the civilian populations – especially in the Khwarezmian controlled lands. By the end of his life, the Mongol Empire occupied a substantial portion of Central Asia and China.

Beyond his military accomplishments, Genghis Khan also advanced the Mongol Empire in other ways. He decreed the adoption of the Uyghur script as the Mongol Empire's writing system. He also promoted religious tolerance in the Mongol Empire, and created a unified empire from the nomadic tribes of northeast Asia. Present-day Mongolians regard him as the founding father of Mongolia. Genghis Khan is also credited with bringing the Silk Road under one cohesive political environment. This increased communication and trade from Northeast Asia to Muslim Southwest Asia and Christian Europe, thus expanding the horizons of all three cultural areas. Historians have noted that Genghis Khan instituted meritocracy, and encouraged religious tolerance.