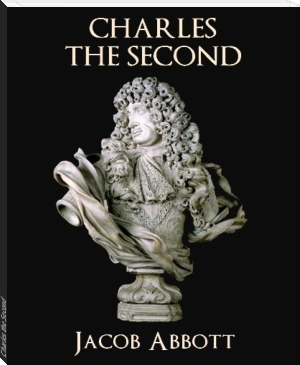 Charles II was monarch of the three kingdoms of England, Scotland, and Ireland. Charles II's father, King Charles I, was executed at Whitehall on 30 January 1649, at the climax of the English Civil War. Although the Parliament of Scotland proclaimed Charles II King of Great Britain and Ireland in Edinburgh on 6 February 1649, the English Parliament instead passed a statute that made any such proclamation unlawful. England entered the period known as the English Interregnum or the English Commonwealth, and the country was a de facto republic, led by Oliver Cromwell. Cromwell defeated Charles II at the Battle of Worcester on 3 September 1651, and Charles fled to mainland Europe. Cromwell became virtual dictator of England, Scotland and Ireland, and Charles spent the next nine years in exile in France, the United Provinces and the Spanish Netherlands.

Charles II was popularly known as the Merry Monarch, in reference to both the liveliness and hedonism of his court and the general relief at the return to normality after over a decade of rule by Oliver Cromwell and the Puritans. Charles's wife, Catherine of Braganza, bore no live children, but Charles acknowledged at least twelve illegitimate children by various mistresses. As his illegitimate children were excluded from the succession, he was succeeded by his brother James.