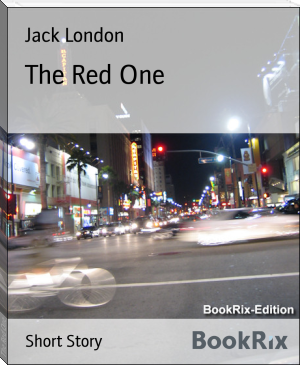 "The Red One" is a short story by Jack London. It was first published in the October 1918 issue of The Cosmopolitan,[1] two years after London's death. The story was reprinted in the same year by MacMillan, in a collection of London's stories of the same name.[2]

The story is told from the perspective of a scientist called Bassett, who is on an expedition in the jungle of Guadalcanal to collect butterflies. The "Red One" of the title refers to a giant red sphere, of apparently extraterrestrial origin, that the headhunting natives worship as their god and to which they perform human sacrifices. Bassett becomes obsessed with the Red One and in the end is sacrificed himself.