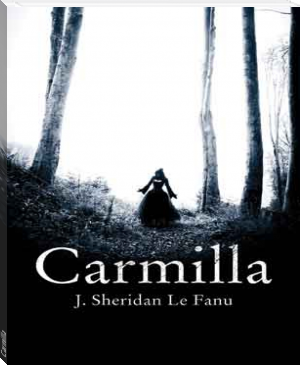 Carmilla is a Gothic novella by Joseph Sheridan Le Fanu. The story is presented by Le Fanu as part of the casebook of Dr. Hesselius, whose departures from medical orthodoxy rank him as the first occult doctor in literature. The story is narrated by Laura, one of the two main protagonists of the tale.

Laura begins her tale by relating her childhood in a "picturesque and solitary" castle in the midst of an extensive forest in Styria, where she lives with her father, a wealthy English widower, retired from the Austrian Service. When she was six years old, Laura had a vision of a beautiful visitor in her bedchamber. She later claims to have been bitten on the chest, although no wounds are found on her.

12 years later, Laura and her father are admiring the sunset in front of the castle when her father tells her of a letter he received earlier from his friend, General Spielsdorf. The General was supposed to bring his niece, Bertha Rheinfeldt, to visit the two, but the niece suddenly died under mysterious circumstances. The General ambiguously concludes that he will discuss the circumstances in detail when they meet later.