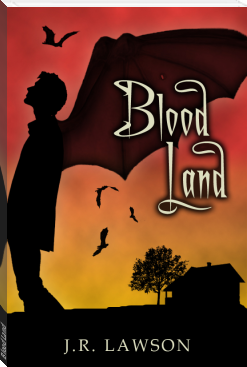 Nora Wells is twenty-one years old, living with her long time best friend Will Davis, and considers herself, for the most part, an average girl.  At least, average for the year 2024, a time where the vampire virus is alive and well and humans are forced to baracade their homes once the sun sets in defense against the vamps and the terrifying demonic, gargoyle-like forms that they change into each night.

Yet, despite the times she lives in, Nora feels differently toward the so called "monsters".  So differently, in fact, that she ends up saving one from death--a vampire she comes to only know as Rogan, who, in turn, despite his obvious disdain for her and most humans, repays her debt by healing her one night when she is attacked.

However, his act has now formed a type of bond between them and it's created a problem--not only can neither of them now survive if the other dies, but now Nora is showing signs of vampiric tendancies. How could this be if she hasn't been bitten?

Needless to say, she and Rogan will soon find out that this is the least of their worries and just the beginning of their adventures...

Very good ! Interesting twists and well thought out. Enjoyed it !

Wow, you have a really beautiful writing style! I would love to be as talented as you - you have convinced me to improve my English ;-) Let's have more of the same!