THE CHURCH, THE SCHOOLS AND EVOLUTION 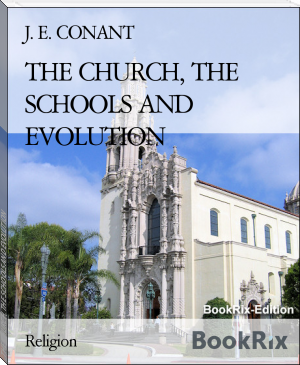 Judson Eber Conant was born June 18, 1867, to Eber Maxwell and Sarah A. Cribbenden. He grew up in a rather poor home as his father died when he was six years old. Conant was converted at the age of eleven and later attended Colgate in Hamilton, New York. Prior to leaving for school in 1889, he worked for two years as bookkeeper and cashier of the Evening Courier in Jackson, Michigan.