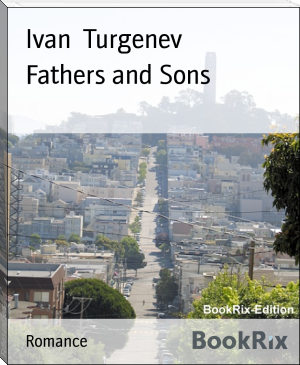 Ivan Sergeyevich Turgenev was born into a family of Russian land-owners in Oryol, Russia, on November 9, 1818 (October 28 Old Style). His father, Sergei Nikolaevich Turgenev, a colonel in the Russian cavalry, was a chronic philanderer. Ivan's mother, Varvara Petrovna Lutovinova, was a wealthy heiress, who had an unhappy childhood and suffered in her marriage. Ivan's father died when Ivan was sixteen, leaving him and his brother Nicolas to be brought up by their abusive mother. Ivan's childhood was a lonely one, and he was in constant fear of his mother, who beat him often. After the standard schooling for a son of a gentleman, Turgenev studied for one year at the University of Moscow and then moved to the University of Saint Petersburg from 1834 to 1837, focusing on Classics, Russian literature, and philology. From 1838 until 1841 he studied philosophy, particularly Hegel, and history at the University of Berlin. He returned to Saint Petersburg to complete his master's examination.