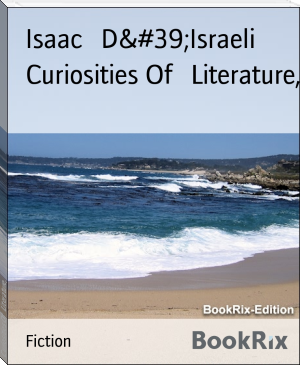 Isaac D'Israeli (11 May 1766 – 19 January 1848) was a British writer, scholar and man of letters. He is best known for his essays, his associations with other men of letters, and as the father of British Prime Minister Benjamin Disraeli.Isaac was born in Enfield, Middlesex, England, the only child of Benjamin D'Israeli (1730–1816), a Jewish merchant who had emigrated from Cento in Italy in 1748, and his second wife, Sarah Syprut de Gabay Villa Real (1742/3–1825). He received much of his education in Leiden. At the age of sixteen he began his literary career with some verses addressed to Samuel Johnson. He became a frequent guest at the table of the publisher John Murray and became one of the noted bibliophiles of the time.

On 10 February 1802, D'Israeli married Maria Basevi (1774/5–1847), who came from another London merchant family of Italian-Jewish extraction. The marriage was a happy one, producing five children: Sarah ("Sa"; 1802–1859); Benjamin ("Ben" or "Dizzy"; 1804–1881); Naphtali (b. 1807, died in infancy); Raphael ("Ralph"; 1809–1898); and Jacobus ("James" or "Jem"; 1813–1868). The children were named according to Jewish customs and the boys were all circumcised. Religiously however, Isaac D'Israeli was perhaps the first English Jew who took the modern attitude toward traditional Jewish ceremonies.[1] In the midst of an eight-year dispute with the Bevis Marks Synagogue and on the advice of his friend, historian Sharon Turner, all his children were baptized into the Church of England in 1817. He himself did not receive baptism however, and never indicated any desire to exchange Judaism for Christianity, but he did attend the inauguration ceremonies of the Reform Synagogue at Burton Street, London.