The Piazza Tales The Piazza; Bartleby; Benito Cereno; The Lightning-Rod Man; The Encantadas, Or, Enchanted Isla 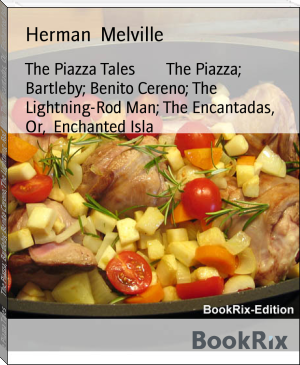 The Piazza Tales (1856) is the only collection of short stories by American writer Herman Melville. It was published with Dix & Edwards in the United States and a British edition followed shortly afterward. Except for the title story, "The Piazza," all of the stories had appeared in Putnam's Monthly, the first being Bartleby, the Scrivener in 1853.[1] Melville had originally intended to entitle the volume Benito Cereno and Other Sketches,[1] but it was The Encantadas, his sketches of the Galápagos Islands, that garnered the most attention from critics.[2] Even though The Piazza Tales received largely favorable reviews, it did not sell well enough to get Melville out of his financial straits.[3][4]