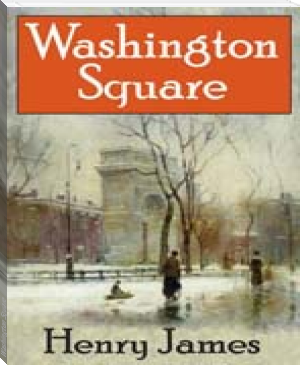 Washington Square is a short novel by Henry James. It is a structurally simple tragicomedy that recounts the conflict between a dull but sweet daughter and her brilliant, unemotional father. The plot of the novel is based upon a true story told to James by his close friend, British actress Fanny Kemble. The book is often compared with Jane Austen's work for the clarity and grace of its prose and its intense focus on family relationships.

The bitterest irony in the story is that Dr. Sloper, a brilliant and successful physician, is exactly right about Morris Townsend, and yet he is cruel to his defenseless and loving daughter. If the doctor had been incorrect in his appraisal of the worthless Townsend, he would be only a stock villain. As it is, the doctor's head functions perfectly but his heart has grown cold after the death of his beautiful and gifted wife.

Catherine gradually grows throughout the story, ultimately gaining the ability to judge her situation accurately. As James puts it: "From her point of view the great facts of her career were that Morris Townsend had trifled with her affection, and that her father had broken its spring. Nothing could ever alter these facts; they were always there, like her name, her age, her plain face. Nothing could ever undo the wrong or cure the pain that Morris had inflicted on her, and nothing could ever make her feel towards her father as she felt in her younger years." Catherine will never be brilliant, but she learns to be clear-sighted.