THE DOCTRINE OF EVOLUTION

ITS BASIS AND ITS SCOPE Von: HENRY EDWARD CRAMPTON 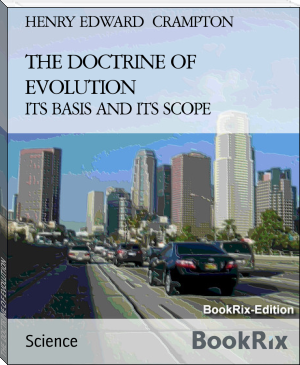 Henry Edward Crampton (January 5, 1875 - February 26, 1956) was an American evolutionary biologist, who specialized in the study of land snails. Crampton undertook the first major study of evolution in nature in his research in the Society Islands. Crampton made twelve separate expeditions over the course of his career to Moorea near Tahiti to study the land snail genus Partula, while years more were spent measuring and cataloguing his specimens. In all, he dedicated nearly half-a-century to the study.