The Trade, Domestic And Foreign 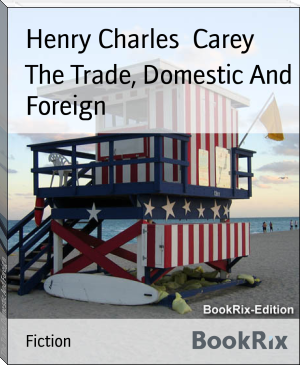 Henry Charles Carey (December 15, 1793 – October 13, 1879) was a leading 19th-century economist of the American School of capitalism. He is now best known for the book The Harmony of Interests: Agricultural, Manufacturing, and Commercial (1851),[1] which denigrates the "British System" of laissez faire free trade capitalism in comparison to the American System of developmental capitalism, which uses tariff protection and government intervention to encourage production and national self-sufficiency.

Born in Philadelphia, Pennsylvania in 1793, he rose to become a chief economic adviser to U.S. President Abraham Lincoln.