The Best of the World's Classics, Vol. V (of X) - Great Britain and Ireland III 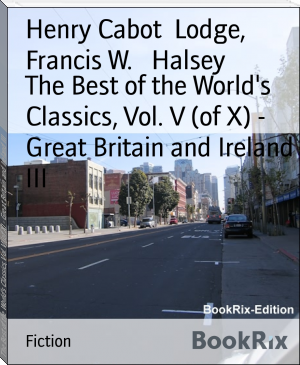 Francis Whiting Halsey (October 15, 1851 – November 24, 1919) was an American journalist, editor and historian, born in Unadilla, New York. He was the son of Dr. Gaius Leonard Halsey, a Civil War surgeon, and Juliet (Cartington) Halsey. He was the grandson of Dr. Gaius and Mary (Church) Halsey of Kortright, New York, and a descendant of Thomas Halsey, who emigrated from England before 1640 and helped to found the settlement of Southampton, Long Island, one of the earliest English settlements in New York.