(But with A Twist) Von: Heather Reed 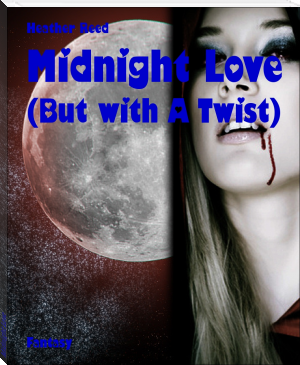 About 17 years later, of Bella and Edward being married, Bella's mom, Renee and her step-dad, Phil had a daughter, name Haley and the Cullens' had a new member in the family, name Zachary but, they called him Zach for short. Haley come to Forks to live with her sister. She knew that Bella and the Cullens' were vampires. But she never knew about Zachary until she come to Forks. What if Haley and Zach fall in love and Zach askes Haley to marry him and she said yes but she wants to have children first. Zach made the deal with Haley and Bella and the Cullens' were upset about it but went with it. So, after Zach and Haley get married they went to Isle Esme Island for their honeymoon. A gift from the family. At first Zach was just like Edward at first about the whole love thing but Haley kept wearing sexy clothes to make him want her. 2 and a half weeks past Haley found out that she was pregnant with twins. Bella and Rosalie helped her thru the whole thing. When Haley had the twins Zach did the same thing that Edward did to Bella. Edward even helped Zach thru everything. Haley and Zach had a boy and a girl, their names were, Zachary Jr. (after his father and Jr. for short) and Casandra (Casey for short). The Volturi heard about what happen with Bella's sister, Haley and Zachary and them having twins, Jr. and Casey. They did the same thing they did with Bella and Edward with Renesmee. So they went and got all there friend again and have them witness how the twins grew just like Renesmee.

i love this book

hi this is good