Arm of the Law 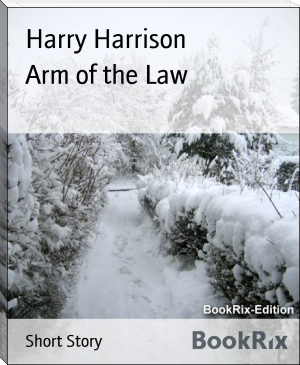 Harry Max Harrison (born Henry Maxwell Dempsey; March 12, 1925 – August 15, 2012) was an American science fiction (SF) author, best known for his character the Stainless Steel Rat and for his novel Make Room! Make Room! (1966). The latter was the rough basis for the motion picture Soylent Green (1973). Harrison was (with Brian Aldiss) the co-president of the Birmingham Science Fiction Group.
Aldiss called him "a constant peer and great family friend".His friend Michael Carroll said, "Imagine Pirates of the Caribbean or Raiders of the Lost Ark, and picture them as science-fiction novels. They're rip-roaring adventures, but they're stories with a lot of heart." Novelist Christopher Priest wrote in an obituary,