Our Cats and All About Them Their Varieties, Habits, and Management; and for Show, the Standard of Excellence and Beauty 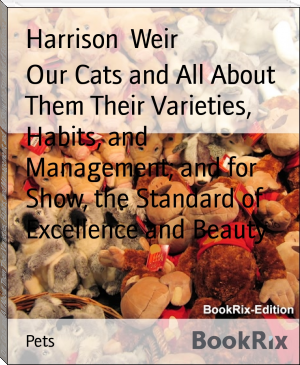 He organised the first cat show in England, at The Crystal Palace, London, in July 1871. He and his brother, John Jenner Weir, both served as judges in the show. In 1887 Harrison Weir founded the National Cat Club and was its first President and Show Manager until his resignation in 1890.