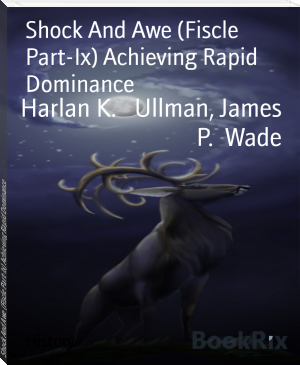 Shock and awe (technically known as rapid dominance) is a military doctrine based on the use of overwhelming power, dominant battlefield awareness and maneuvers, and spectacular displays of force to paralyze the enemy's perception of the battlefield and destroy its will to fight. The doctrine was written by Harlan K. Ullman and James P. Wade in 1996 and is a product of the National Defense University of the United States.