- Book One of the Rings Series Von: Hailey L 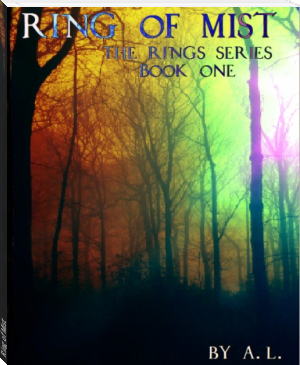 Orphan Kali has long gotten over her missing parents. She is majoring in computer science, has a membership at Jamba Juice, and an organized mess of a dorm room. She even runs the 'Love your Planet' club on campus.

Its finals week and Kali is ready for her first year of college to be over, but when she is attacked by an assassin, well, would you want to be left alone?

Kali didn't know that she was a direct descendant of the Fae king and queen. But she certainly was not aware that she stood as the only heir to the throne. Or that she could fall in love with someone, something that wasn't even human. She is thrown into a world that she once thought could only come from a fairy tale. Kali needs to run, but she doesn't know it yet.

Assassins, sorceresses, trolls, and potions. Life and death and everything in between.

I really liked it. You did such a good job. Let me know when you update!

It's a good beginning. You definitely put me in the place of Kali. Tell me when you add some more.

Thank you, and I will be sure to do just that.

Wow, I love it so far. Can't wait for more. You really have a way with words.

If you're into poetry check this out.