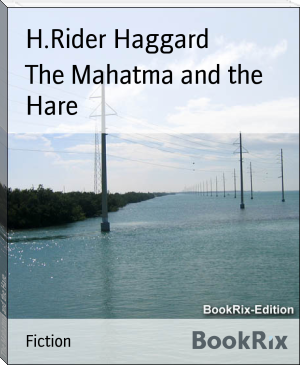 Henry Rider Haggard was born in West Bradenham Hall, Norfolk, the eight son of William Haggard, a barrister and a country squire, and Ella (Doventon) Haggard, an amateur writer. In his childhood, the young Henry Rider was seen as the family dunce by his father. Haggard was not sent to a good public school like his brothers, but he was educated at a London day-school, although privately, and Ipswich Grammar School. At eighteen he fell in love with Mary Elizabeth "Lilly" Jackson. She married a few years later Frank Archer, a banker who was caught in an embezzlement and deserted her.
After failing the army entrance, Haggard went in 1875 to Natal as a secretary to Sir Henry Bulwer, Governor of Natal colony. In he joined the staff of the special commissioner. Next year he became Master and Registrar of the High Court in the Transvaal. For the rest of his life Haggard viewed with understanding the British colonial policy, sharing in this the attitudes of his friend Rudyard Kipling. On the other hand, he also traveled widely and saw the dangers of European intrusion. Thus in the end of King Solomon's Mines Haggard left the lost land of the Kukuanas to continue its own separate development.