Horace and His Influence 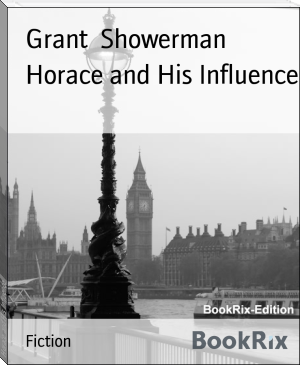 Grant Showerman was born in Brookfield, Wisconsin in 1870.[1] He was educated at Carroll College and at the University of Wisconsin–Madison, where he worked as instructor in Latin (1900-1909), and from 1909 until his death as professor of classics.[2] Showerman House in Kronshage Hall is named after him.