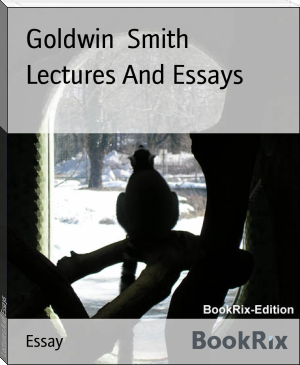 Goldwin Smith, D.C.L., LL.D. (13 August 1823 – 7 June 1910) was a British historian and journalist, active in the United Kingdom and Canada. Smith was born at Reading, Berkshire.[2] He was educated at Eton College and Magdalen College, Oxford, and after a brilliant undergraduate career he was elected to a fellowship at University College, Oxford.[3] He threw his energy into the cause of university reform with another fellow of University College, Arthur Penrhyn Stanley. On the Royal Commission of 1850 to inquire into the reform of the university, of which Stanley was secretary, Smith served as assistant-secretary; and he was then secretary to the commissioners appointed by the act of 1854. His position as an authority on educational reform was further recognised by a seat on the Popular Education Commission of 1858.[4] In 1868, when the question of reform at Oxford was again growing acute, he published a pamphlet, entitled The Reorganization of the University of Oxford.