The Sacred Egoism of Sinn Fein 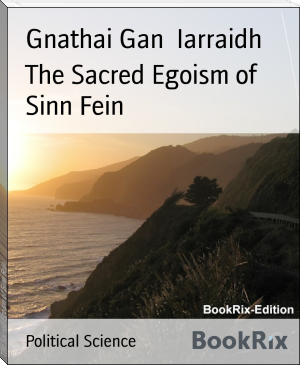 The unsophisticated Irishman in the United States had to reconcile himself to the paradox of the American denunciation of the Easter Week Rising, as if the analogous revolt of the founders of that great plutocratic Republic had not differed only in so far as it was successful. The American separatists were alike untroubled by the representations of the unionistic minority, and the preoccupation of England with the war against her commercial rival of the period