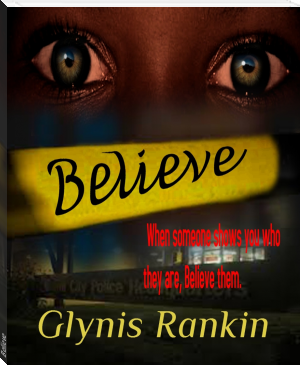 For most, aging out of Foster Care is an abrupt adjustment into the real world. The transition can be rough, scary, and often dangerous, but for Sara Doe, it’s murder.

She was just weeks away from shedding the label of “system kid,” when the unthinkable happened. Sara survived the violent attack that killed her foster parents. But being the only witness to the horrendous murders has placed her in the spotlight and on the radar of some dangerous people. While she runs from a truth she can scarcely believe, Sara meets him.

Pack assassin Xavier Burgot is determined to put an end to a spree of brutal murders that has plagued the city and brought unwanted attention to the Nashoba Pack. He believes that killing the werewolf responsible will be business as usual, "Just one less Dog off the streets."

While tracking a blood scent across the city Xavier finds her. Sara wasn’t what he expected, she’s beautiful, innocent and stirs his dark desires. Now he wants her as his mate, but her enemies are closing in fast and they want her dead. Before he can persuade Sara to Moondance with him, they must first track down a ruthless Blood-hungry killer.

Their search to find the truth will take Sara and Xavier beyond life, beyond love and into a darkness that could claim them both.

it's great, keep it up

uuhh what happened? it's a cliffhanger

Great book!! Please complete it? I've noticed you tend to ignore the other readers resuest but please dont ignore mine :(

Ps: font repeat chapters or phrases like you did thus far.......

Would have thought it could have gotten further into the story!

This book drew me in, I don't know how I am going to wait for more if there is more. I think my heart will be broken if there is no more. I desperately want to know what happens to Sara. Does she meet Clyde Barton again? What about Xavier? How close did Big Boi get or did he get her? Can Tyrell help her? Will he believe her?

im so interested to read the story but why cant i download it? i plan to read the ebook on my phone :(

First, thank you so much for adding a comment Bebee! It means a lot.

Second, I'm still adding chapters, so keep an eye out for updates.

wow I am just now coming across this book :) Wonderfully published :)

Love the way you write. Kept me reading since I read the blurb Lol :DD

Thank you so much Yeet! I'm so glad you liked the story.