Washington and his Comrades in Arms Title

A Chronicle of the War of Independence Von: George Wrong 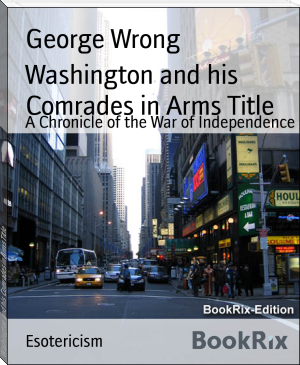 Born at Grovesend in Elgin County, Canada West (now Ontario), he was ordained in the Anglican priesthood in 1883 after attending Wycliffe College. In 1894, as successor to Sir Daniel Wilson,[1] he was appointed professor and head of the Department of History at the University of Toronto. He retired in 1927.

Wrong was a long-time friend of Vincent Massey. He "assumed his ecclesiastical robes" in 1915 to assist in Massey's marriage to Alice Parkin. Wrong owned a property near Canton, Ontario. Massey bought the adjacent property in 1918 and converted it into his principal residence, Batterwood House, in 1927.[2]