Peck's Bad Boy at the Circus 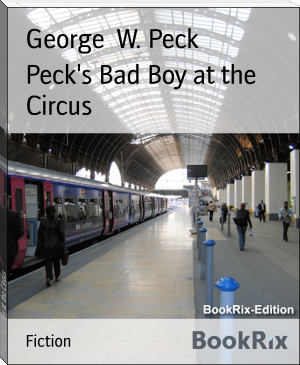 George Washington Peck (June 4, 1818–June 30, 1905) was a United States Representative from the state of Michigan.

Peck was born in New York City and pursued classical studies, attending Yale College and studying law in New York City. He moved to Michigan in 1839 and settled in Brighton, where he was admitted to the bar in 1842 and commenced practice there in the same year. He was a member of the Michigan State House of Representatives in 1846 and 1847 and served as speaker the last term.